This is a perfect, easy way to enjoy shows at affordable prices!

Visit one of the 3 booths across NYC.

Download the TKTS app and check before you head to the booth to see which shows have discounted tickets available.

If there is a matinee performance for sale on Tuesday or Friday, the booth will open at 10am.

Pro tip #1 Keep checking the app. If your desired show isn’t listed, it may or may not be added at a later time throughout the day.

After opening the app, you can select which booth location to view available shows and times.

Examples of how the list can change throughout the day. Notice on the left the app says the Times Square Booth is closed. In the image on the right, taken a few hours later, the booth is open and it states whether the line is long. Also, the list of shows has been updated.

Pro tip #2  The Times Square TKTS booth has three lines. The main one (which can be a little long at peak hours), a Fast Pass line and a Play Express line. The Fast Pass allows you to bring your TKTS ticket stub from within the past 7 days to a certain window, thus avoiding the long line. The Play Express window is a separate line of its own for shows that ARE NOT musicals. For example, on a trip to NYC in January of 2020, several members of our staff had a list of shows we planned to see during our 5 days in the city. Given the above information, we chose to make a play (“The Play That Goes Wrong”) our first show. While the main line was wrapped around the booth and extended halfway down Times Square, the Play Express line was literally only 4 or 5 people deep. Instead of us being in line for hours, it just took us a few minutes. For our next show, we took our ticket stub to the Fast Pass line, and while that line was a little longer than the Play Express window, it was considerably shorter than the main line.

Pro Tip #4  Not all shows offer daily discounted tickets. A sold out show will likely not release tickets to TKTS. Just because a show isn’t available at TKTS doesn’t mean it’s sold out. Tickets could still be available at the theater box offices. Some shows offer tickets through a lottery system. Some shows will sell individual tickets at a discounted rate on the day of the show at their own box office (but not at TKTS).

“I was really surprised when I walked up to the box office for ‘The Lion King’ on the day of the show and was able to purchase a front row seat for $99! And it was on a weekend! It turns out, it was because I was by myself, and it was an individual seat sandwiched between two couples.” –Andy McCall, Lutcher Theater Marketing Representative 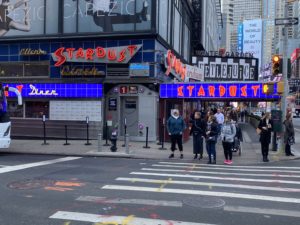 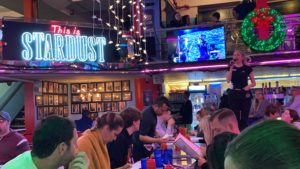 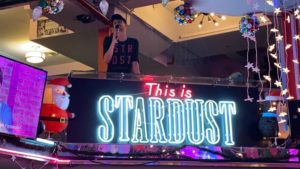 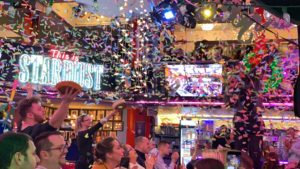 Rosa Mexicano – Located very close to the Lincoln Center, so this is an ideal place for dinner and/or drinks before or after performances at the Metropolitan Opera, New York City Ballet, New York Philharmonic Orchestra and anything else going on at the Lincoln Center. Some members of our staff once saw Lin-Manuel Miranda dining here! Also, be sure and check out this awesome wall of divers! 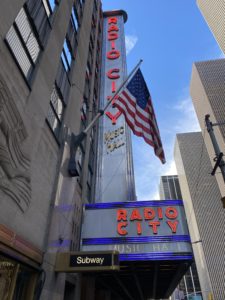 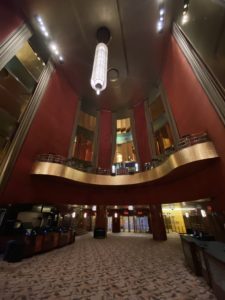 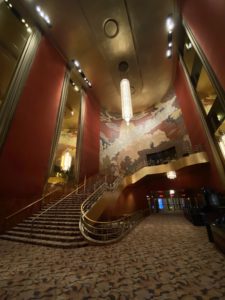 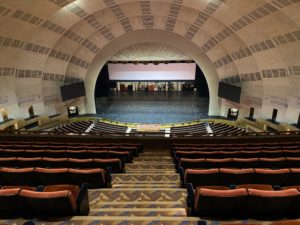 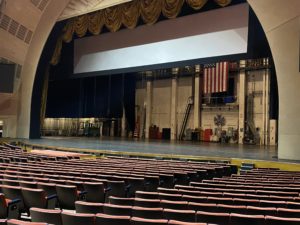 Lincoln Center – Located on NYC’s upper West Side, The Lincoln Center was built where the story-line from West Side Story takes place. Spanning 16 acres, it is home to the Metropolitan Opera (separate tour available), New York City Ballet, the New York Philharmonic Orchestra and the Julliard School. Call (212) 875-5350 for details on how to book a 75-minute guided tour.

Radio City Music Hall – A 75-minute guided tour shows you behind the scenes of this historic and iconic theater! The tour concludes with a Q&A/meet-and-greet/photo-op with a member of the famed Radio City Rockettes!